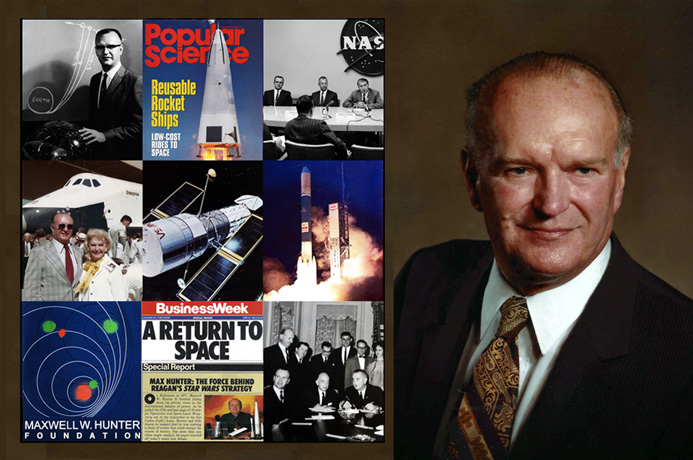 This website provides a fresh look at America’s golden age of space exploration through the perspective of Max Hunter’s extraordinary, five-decade career. From the dawn of the space age through the turn of the millennium, Max was at the very center of the American space effort as a legendary aerodynamicist, policy advisor, establishment disruptor and space visionary. 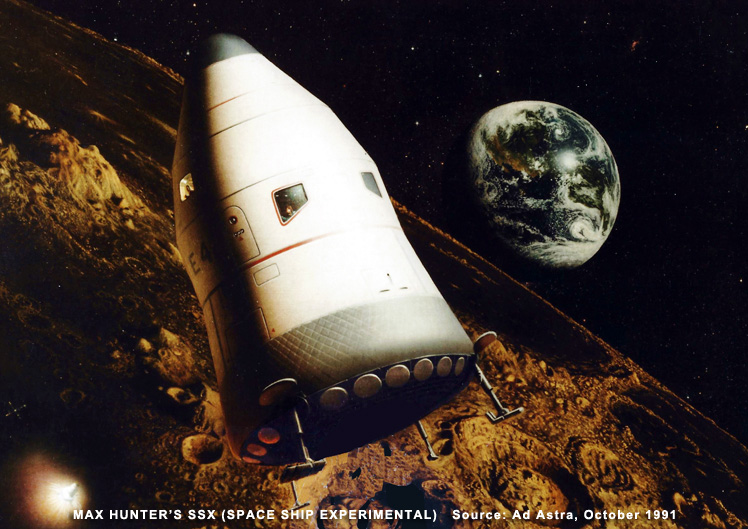 "Max was one of the real pioneers," said Roger Launius, NASA Chief Historian. "He spans the history of space flight literally from the dawn of the Space Age until his death (in 2001). He was involved in virtually every major launch vehicle that was developed in the United States in one form or another and had revolutionary ideas that in some cases found their way into the technology and in some cases we have yet to try them out."

First published in 1966 by Holt, Rinehart and Winston, this long-awaited 50th Anniversary Reissue Edition of Max Hunter's seminal textbook on basic rocket engineering and space craft propulsion systems, THRUST INTO SPACE, Is now and available in paperback from Amazon.com.

Aimed primarily at secondary-level students, THRUST INTO SPACE presents rocket engineering in a technologically sound yet understandable style, and the ideas and arguments Max presents are still captivating and stimulating a half-century later.

This reissue is made possible by Matthew Hunter whose mission is to inspire America’s youth into to the field of aerodynamic engineering at an early age. The original book is reprinted complete with new content such as updated biographical information and a foreword by Dr. J. D. Crouch, II.